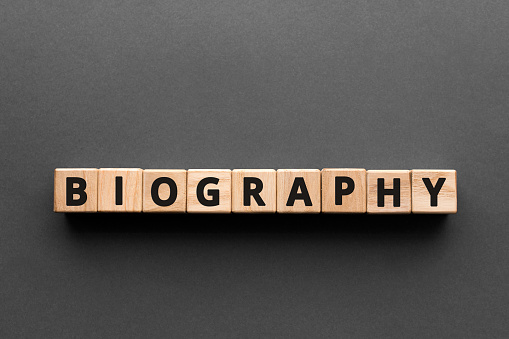 The Most Popular Motivational Autobiographies To Read In 2021

Home » Blogs » The Most Popular Motivational Autobiographies To Read In 2021

Autobiographies are one of the most popular genres of literature. The reason is that people can empathise with the stories of the writers and live their lives as their own. The motivation they receive from the novels by reading about people overcoming obstacles and achieving success, helps them deal with their problems. This is a short but essential list of best autobiography books for motivation to help you come out strong.

One of the most popular motivational autobiography books is a compilation of an actual diary of a young girl who was hiding with her family during the Nazi occupation of the Netherlands. The book is in the Dutch language but caught the media’s attention when it got translated into English. The family was arrested in 1944, and Anne Frank died in custody in a concentration camp in 1945. The diary was found later and handed over to her father, who then had it published.

The diary narrates the hardships faced by the family and Anne. The tragedies faced by the people in the Nazi occupation make the reader feel the real value of freedom.

2. Autobiography Of A Yogi – Paramahansa Yogananda

Another classic autobiography published in 1946 is a collection of encounters of Yogananda, with the spiritual figures of both the East and the West in the early 1900s.

The author’s life journey as a yogi of Kriya Yoga paved the way for him to witness spiritual miracles in his life that he wanted to share with the world. Yogananda then spent many years in America giving lectures on the spiritual wisdom of the East.

The autobiography mentions the author’s meetings with many spiritual people like Therese Neumann, the Catholic who experienced stigmata and Giri Bala, the woman who never ate anything.

One mysterious part of the book is about the ‘immortal’ being – Babaji, who lives in the Himalayas with his disciples and guides spiritual persons on their paths.

This memoir is one of the recent autobiographies published in 2017. The author has shared how his life changed as a war correspondent when he went to East Africa after covering Afghanistan, Iraq and Congo.

His romance bloomed with his opposite personality – a fellow student who was the brightest, wittiest and classiest person he would ever meet. However, she was in America working as a lawyer, and he wanted to go to Africa. Career and romance had a fight, and the reader would find it interesting to see who won.

A story of passion, long-distance relationship, aggression, forgiveness, parenthood and happiness all packed in one book; this is one motivational autobiography to read this year.

4. The Story Of My Experiments With Truth – Mahatma Gandhi

The autobiography of Gandhi is not one to be missed on the list. Though being a classic, this is a book that reveals Gandhi’s life from his childhood to the year 1921.

The book is all about Gandhi’s struggle for freedom from the British with his nonviolent movement called Satyagraha. How he came to form the movement from his teenage days, the purification process and legal studies are explained in detail.

In 1999, the book was regarded to make the list of “100 Best Spiritual Books of the 20th Century” by a committee of global spiritual and religious authorities.

This memoir looks into the life of a celebrity – Michael J. Fox, famous for his lead role in the trilogy ‘Back to the Future’. He was a very active person before he was diagnosed with Parkinson’s disease. This brain disease causes stiffness, shakiness and difficulty in walking as well as degeneration in cognitive abilities.

When Michael was diagnosed, he could not come to terms with it, and it took him ten years to share the fact with the world. But at a certain point in time, he stopped grieving about it and saw it as an opportunity to see the bright side of life. This journey of self-discovery and coming back to life is well documented in his autobiography.